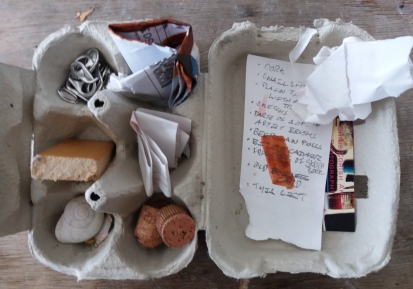 Completed during a residency in ‘JOYA: ARTE + ECOLOGÍA’ an amazing arts residency in the heart of The Parque Natural Sierra María, in Los Vélez, Andalucía, Spain.

A rather unusual project this work consisted of creating a time capsule and then burning it. Inside was one of the copies of my first business card, a fragment of one of my first and favourite painting Brush, a bit of the Cadair project, along side drawings a nic naks collected during the week. Initially as pictured there were a number of beer pulls in there however i did my best to remove these as i realised it defeated the object of giving back to the Earth if metal were included in the work. As the ashes from the fire would be reused on the land.

This project may initially appear pointless as it was totally engulfed by the fire however, up in smoke with this project went all the not so constructive criticism of the past with the objects linking to past projects allowing me to literally reignite my artistic flare. 🙂

This object is quite literally a moment lost in time, as the title suggests  objects of significance destroyed never to exist again. 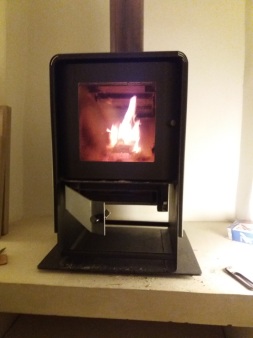 With Thanks to Holden for lighting the fire and all of my residency friends and Simon and Donna at Joya, for an amazing week of reflection and Art.